If you need another excuse to visit Kauai, we have one for you! Colbie Caillat is coming to Kauai in concert on October 16, 2015 at the Kauai Christian Academy. Colbie Caillat’s music is right in sync with the relaxing atmosphere of Kauai. Her songs are soothing and mesmerizing. This is an even the entire family can enjoy. 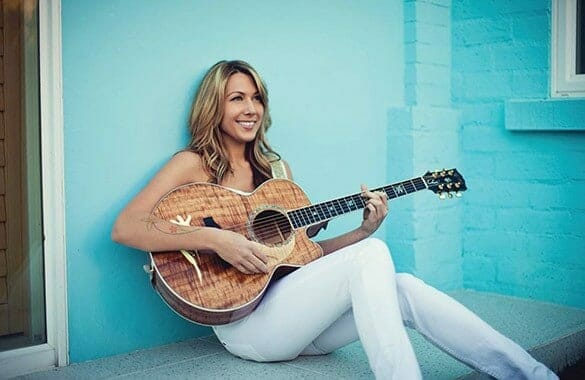 Colbie Caillat has become a very popular artist with a large fan base. She began her career in music in 2007 and is known for her acoustic guitar styling in the pop music arena. Born in Malibu, California in May of 1985, Colbie has won a number of awards, including a Grammy Award in 2008 and was a co-writer with Taylor Swift on the Fearless album that won Album of the Year in 2010. Her music has sold over 6 million albums and she has recorded songs with a number of artists including Jason Mraz and Taylor Swift. She has become well-known not only for her lyrical music style, but also for her talent as a writer, co-writing with artists including Toby Gad, Jason Reeves, Babyface, and Gavin DeGraw.